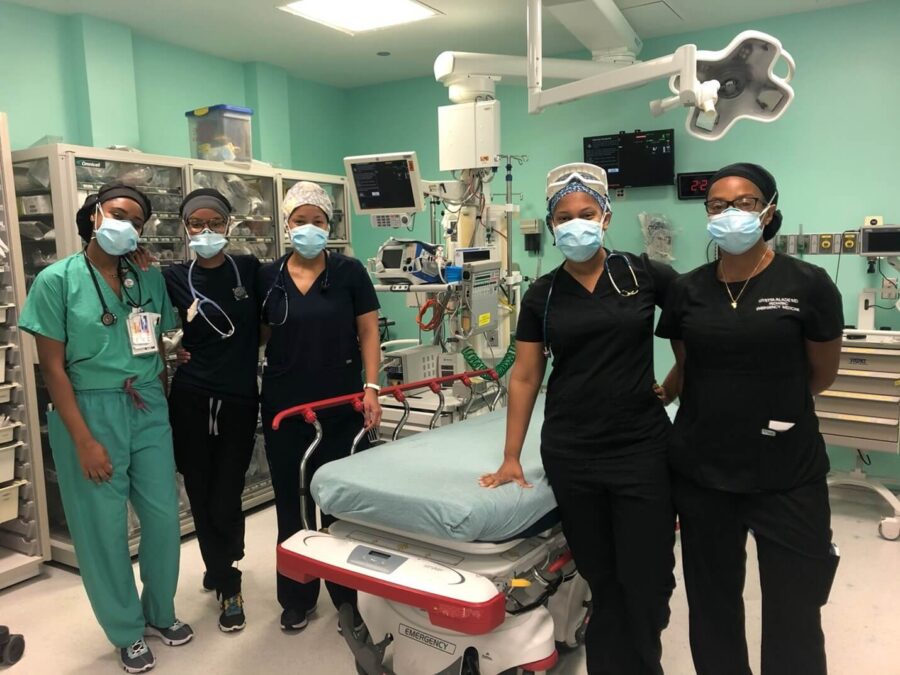 We would like to take this time to celebrate Black excellence in medicine. Five percent of the physician workforce identify themselves as Black, and slightly over half of this group are Black women. These statistics made SMDEP Columbia 2007 alumna, Asha Morrow, MD, take a moment at work to recognize the significance of the team she was working with early in the morning of October 23, 2020. In the featured image, she is joined by fellow pediatric emergency medicine physicians and pediatricians in training. After her shift, she posted the photo on Twitter with the following caption:

When you get the chance to slow down at work and realize your team is full of #Blackgirlmagic! #whatadoctorlookslike #Blackwomeninmedicine #diversityinmedicine

Less than a week later, she was astonished that her post went viral and was celebrated across the world—the picture has been featured on numerous local news outlets and even E! News. Dr. Morrow initially posted her image to inspire future generations of doctors because she realizes the importance of representation. She is thankful for the attention the picture received to amplify her message; she hopes this inspiration and numerous other accomplishments of Black women in medicine will ultimately change the physician workforce’s face.